Dealing with difficult party guests doesn’t have to be… difficult

In any normal scenario a difficult party guest can bring the mood down and effect peoples enjoyment of a night you’ve worked so hard to put together. But this isn’t your normal party, it’s a murder mystery something entirely different all together.  You’ll notice just how different things are from the curious level of excitement amongst the invitees when they discover what you are planning. Typical responses  to your RSVPs may include:

Based on responses like this, it would seem your guests are primed and ready to go and all you’ve done so far is invite them to your party.

So what’s with the excitement?

Let’s be clear from the outset, the party your planning is not a put food on the table, eat and drink kind of get-together where you talk about work and the weather. Not that there’s anything wrong with that. It’s something different, unique, something you don’t do everyday. In short it’s a chance to dress up, do a bit of role play, help solve a murder and have some seriously good fun.

If they’re difficult, why invite them? 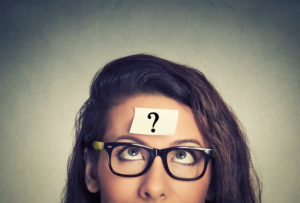 Sometimes you don’t really have a choice. There might be someone on your guest list you just have to invite and you just know in your heart of hearts they’re going to hate the idea of a murder mystery party. Or perhaps there is someone that can on occasion be a bit of grump and your not sure how they’re going to be on the night.

Needless to say these are all very valid worries and concerns. But how can we solve them? How do we make sure everybody enjoys themselves and has fun?

We have the answer, it’s a little strange but hear us out

Were going to say something perhaps a little controversial here, but go with me for just a moment … Invite them anyway. Yep, you read that right! Extend the invitation to them. If they really don’t want to come, they’ll RSVP their refusal. Problem solved and no harm done!

If they accept your invitation you might get a few nervous phone calls or emails from said people, voicing their concerns or even displeasure. We’ll let you in on a secret here. We’ve discovered over the years that what they’re really trying to tell you is that they’re afraid of speaking in front of other people or being made to look foolish. If this situation happens, tread gently. Assure them that nobody is forced to do anything they really don’t want to do. It’s not your intention, let alone anyone else’s, to make them look foolish. Everyone’s there to have a good time, that’s it.

I’m going to let you in on another thing we’ve seen time and time again. The problematic people in question turn up on the night and may even bring their mood of grumpiness with them before the game begins. Then as things start to kick off something happens. Usually about half way through the mystery, and if you pay attention sometimes you can see it for yourself … they start to enjoy themselves!

You can’t ignore the fun

The thing to remember about fun is that it’s really, really infectious. So when your difficult guest sees that everybody else is having a good time, they have a choice to make:

Comments are closed, but trackbacks and pingbacks are open. 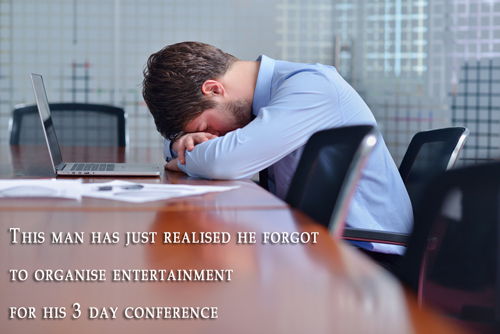 Keep the team spirit up during your conference with a bit of murder, mystery and loads of fun.

If you’ve been tasked with organising a conference, we understand you’ve... 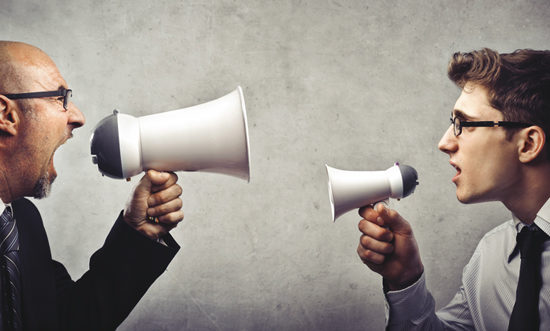