Agatha Christie at the movies. 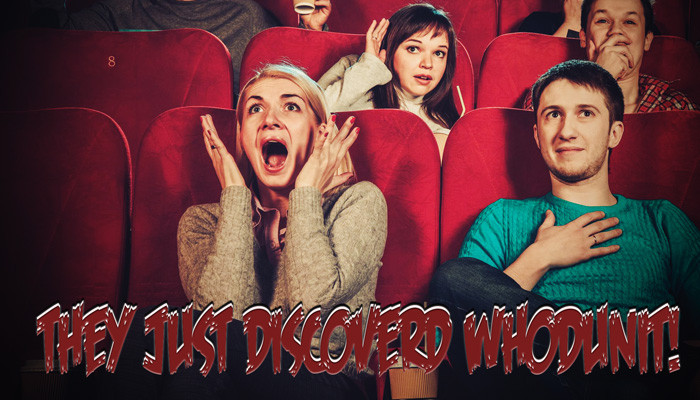 One of our all time favorite murder mystery authors is of course Agatha Christie. Her most celebrated works include ‘The Murder of Roger Akroyd’ and the classic ‘And then there were none’. If you can, get yourself a copy of those books and see if you can work out, whodunit.  Alternatively you could just watch one of the many movie versions of her many works. We found this floating aroung on YouTube.

Eight people, all total strangers to each other, are invited to a small, isolated island off the coast of Devon, England, by a Mr. and Mrs. Owen. Ferried over by a sailor called Narracott, they settle in at a mansion tended by two newly hired servants, Thomas and Ethel Rogers, but their hosts are absent. When the guests sit down to dinner, they notice the centerpiece, ten figurines of Indians in a circle. Afterward, Thomas Rogers puts on a gramophone record, from which a voice accuses them all of murder:

Dame Agatha Mary Clarissa Christie, Lady Mallowan, DBE (née Miller; 15 September 1890 – 12 January 1976) was an English crime novelist, short story writer and playwright. She is best known for her 66 detective novels and 14 short story collections, particularly those revolving around her fictional detectives Hercule Poirot and Miss Marple. She also wrote the world’s longest-running play, a murder mystery, The Mousetrap, and six romances under the name Mary Westmacott. In 1971 she was made a Dame for her contribution to literature.

Tags: and then there were none, books, murder mysteries
← How to mark & celebrate a milestone birthday
Our crack team of corporate actors are here to save the day →